I received an email over the weekend asking if I teach “Basic Obedience” classes. In recent years, “basic” has come to slant more toward learned skills instead of learned behaviors. Traditionally, “Sit,” “Stay,” “Down” and “Heel,” were taught as first behaviors, and so became known as “Basic Obedience,” however, skills like “Settle on a Mat,” and “Watch me,” are much more useful in a variety of environments than the preprogrammed behaviors.

The current surge of positive reinforcement training concentrates on educating dogs to make correct choices instead having to wait for cues or commands from their human. Teaching this way also creates “environmental cues,” such as a knock at the front door means, “Go to your mat,” or the presence of food in the kitchen means, “Down,” which stops counter surfing. These are still the same behaviors, just in a different wrapping. The less visible behaviors include impulse control, the ability to self calm, and learning that being next to their human is the best place in the world.

What are my 5 Basic skills? For me, impulse control and self calming are high priorities. Here’s my list:

Of these, only “Recall / Come” is taught in a traditional “Basic” class. A lot of the behaviors on my list require some relationship building and trust. There is a fine balance between teaching a dog to think on their own and the dog learning when to turn to the human for direction, but this should be one of the first skills.

Dogs know “Safe” and “Unsafe.” The primary decision a dog owner has to make when they pursue “basic obedience” for their dog is which category they want to be in. After that, the skills needed to instruct the dog for proper behavior in various environments and under numerous conditions means imagining the dog behaving properly and creating a training plan. After creating the plan, it’s all about being consistent, communicating effectively, and building good habits.

Would you like your dog to down in the kitchen while you prepare food? Where in the kitchen? Does your dog need a little help finding that spot? Maybe a mat would help clarify where you’d like them to be. Can you work on this every time you’re in the kitchen? Maybe 3 or 4 times a day? Awesome! Put a little post-it note on the wall to remind you to take 30 seconds and reward the dog for going to the mat. Soon it will become a habit for both of you.

“Basic Obedience,” is really for both ends of the leash. Creating positive habits leads to less frustration from human expectations as well as canine confusion. Dog owners need tools to manage and teach, dogs need a framework to learn, communicate and explore. Within those confines, it doesn’t really matter if you’re teaching “Sit” or “Get me a tissue.” It’s the communication that happens during training that is the true basic skill.

So, what do you consider the 5 Basic Behaviors?

What is “basic obedience”?
Tagged on: training-examples 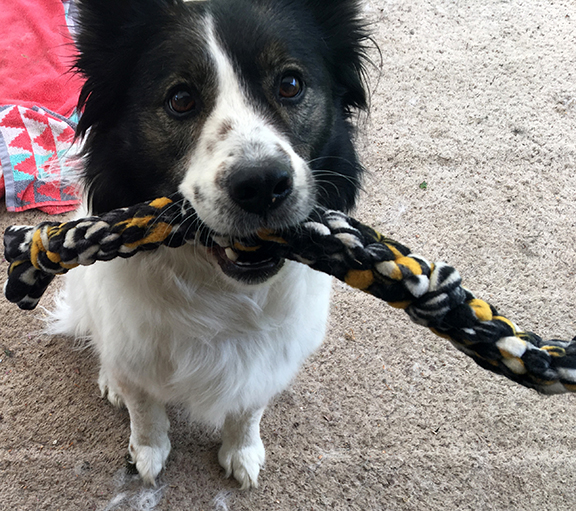 The universal usability of “Get It”