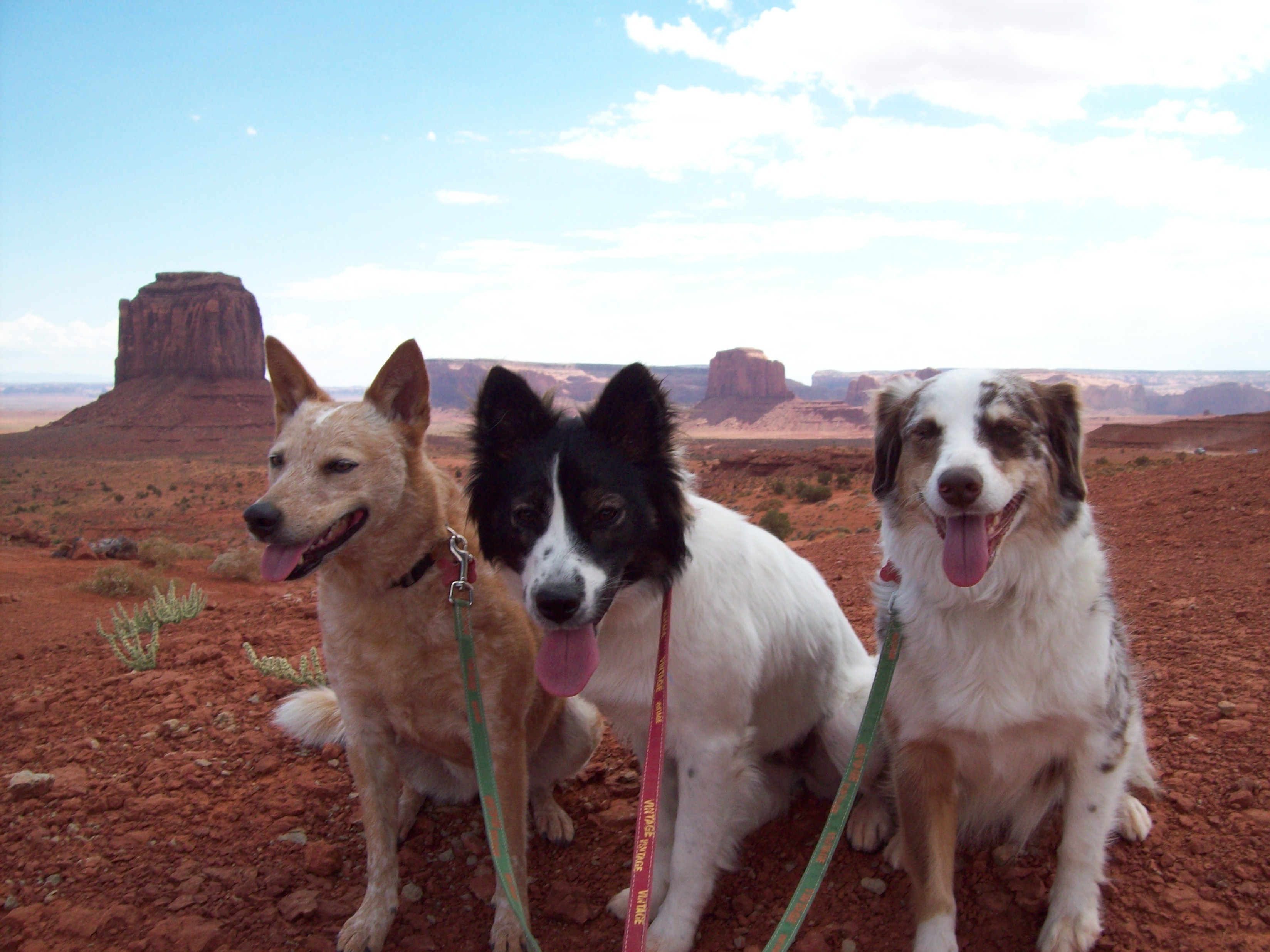 [schema type=”blog” title=”Is it unfair to train your dog?” Written by “Kat Camplin, KPA-CTP” url=”http://rompingdogs.com/training/unfair-train-dog/” dateCreated= October 13, 2013 description=”A training client has been berated by a few friends for training her dog. Her friends think “dogs should be dogs,” and to train them turns them into “robot dogs,” who just live to do the bidding of their owners. It took me a few days to really ponder this line of thinking. This is by no means a full list of my thoughts, but is a starting point for discussion. How much is too much training, and is there such a thing?” city=”Monrovia” state=”Ca” postalcode=”91016″ country=”US” email=”rompingdogs@gmail.com” phone=”(626) 386-3077″]

This week I started with a new client who has a goal to do Therapy Dog work with her young dog. She’d like to train a lot of calm behaviors so the dog can go into hospitals and schools and not knock things over, which is a wonderful goal! Unfortunately, she’s been berated by a few friends for training her dog. Her friends think “dogs should be dogs,” and to train them turns them into “robots” who just live to do the bidding of their owners. It took me a few days to really ponder this line of thinking. This is by no means a full list of my thoughts, but is a starting point for discussion. How much is too much training, and is there such a thing?

A lot of natural doggy behavior doesn’t mesh with our current modes of living. When dogs first started hanging out with humans there were camp fires and bows and arrows and hunting and things. Dogs now live in our homes, sometimes being left alone for hours at a time, and there is very little hunting or scavenging involved in their daily activities. In fact, hunting and scavenging, such as counter surfing, getting in the trash, and stealing food, is one of the things humans usually like to curb. Are we to allow dogs to just help themselves to any food? What if the food may harm them? Most of us would agree that having good household manners is an area that should be trained for the health and safety of both dogs and humans. If nothing else, at least potty training solves a very big health hazard.

Consistent rules lessens stress. This goes for both ends of the leash. Humans need to learn about being consistent with their dogs, and dogs need to learn to have a certain amount of conditional freedom. Having to endure inconsistent rules is frustrating and stressful. Imagine traffic laws changed every day. On Tuesdays green means go, but on Wednesdays yellow means go. Stop signs are applicable on weekends, and left hand turn lanes are only legal on weekdays. Head lights are required on Mondays and Fridays all day, and blinker signals are illegal on the freeway. I guarantee you, road rage would skyrocket. Teaching dogs that following the rules leads to fun rewards is one thing, but being consistent about the rules is another. Can they bark at the mailman without getting yelled at on weekdays when you’re not home, but get yelled at and “corrected” on weekends when you are home? What do dogs learn from that kind of inconsistency? Their human being home means they get in trouble. No wonder some dogs go a little bonkers.

Well trained dogs get to go places. Like my new client whose dog loves meeting people, her trained dog will get to go to hospitals and schools and meet adults and kids and get pets and treats and attention for something she likes to do already. My dogs have been on a wine tasting tour in Paso Robles, camped at the Grand Canyon, toured Monument Valley on the tram, run around on a beach, and gone boating in Colorado, as well as going to street fairs, local parks and just walking down the street. Rude dogs stay home. How much training is needed to go galavanting around the country? Dogs need to be calm, walk nicely, be able to sit and stay, not chew on things like hotel room linens, be able ignore things that look like fun like dead squirrels, not bark at weird sounds in campgrounds, and settle nicely in the bottom of a moving boat.
That’s hardly a “robot” dog scenario.

People’s previous experience with trained dogs includes dogs trained with a lot of “corrections.” I can totally understand a distaste for trained dogs when what you see is a human forcing, yanking, popping, and yelling at a dog for failing to comply. That kind of training is still around, but scientific studies have proven it’s not effective, adds stress, and can lead to a “shut down” dog, (a dog that stays still because they’re afraid to move in case they’re “corrected.”) Positive training integrates play, rewards highly for dogs choosing the correct behavior, gives dogs control over their environment, and creates a communication of give and take between dog and human. “If you are calm, we will go play,” means the human gets what they want, (calm,) and the dog gets what they want, (play,) so it’s a win-win. A human-dog team working and communicating well to get through life peacefully and with fun is a beautiful thing to see.

What about Competitive Obedience, Agility, Schutzhund and other dog sports? Competition can be fun for both the dog and the human. If nothing else, deciding to compete with dogs creates a clear list of defined training goals. Instead of being stuck at “sit” and “stay,” there is jumping, retrieving, and scent discrimination along with the fancy heeling. Using competition as a reason to train gives the human a road map for building better skills, creating more complex skills, and working with distractions, all of which are good things. That said, if a dog really dislikes one sport, instead of trying to force the issue, it would be better to move to another.  Due to the intensity of competitive training, sports dogs tend to get more down time. Remembering a lot of different cues and their associated behaviors is hard work, so dogs relax more and usually don’t have the energy to be reactive to novel environmental movements and sounds.

In the end, it really bothers me that people would berate responsible dog owners for training their dogs. The number one killer of dogs in the United States is having a behavior problem. That’s right, 96% of dogs in shelters haven’t had any training, and of those, 40% have at least one “perceived” behavior problem. With an estimated euthanasia rate of 3.7 million dogs annually, that’s about 1.5 million dogs dying every year due to behavioral issues.  While the question at the head is, “Is it unfair to train your dog,” isn’t the real question, “Is it fair not to train your dog?”

Do dogs need free reign to be dogs? I look forward to your thoughts and comments.

Is it unfair to train your dog?
Tagged on: dog human relationships    dog-behavior-problems

Sideline Your Dog For The Super Bowl

What is “basic obedience”?