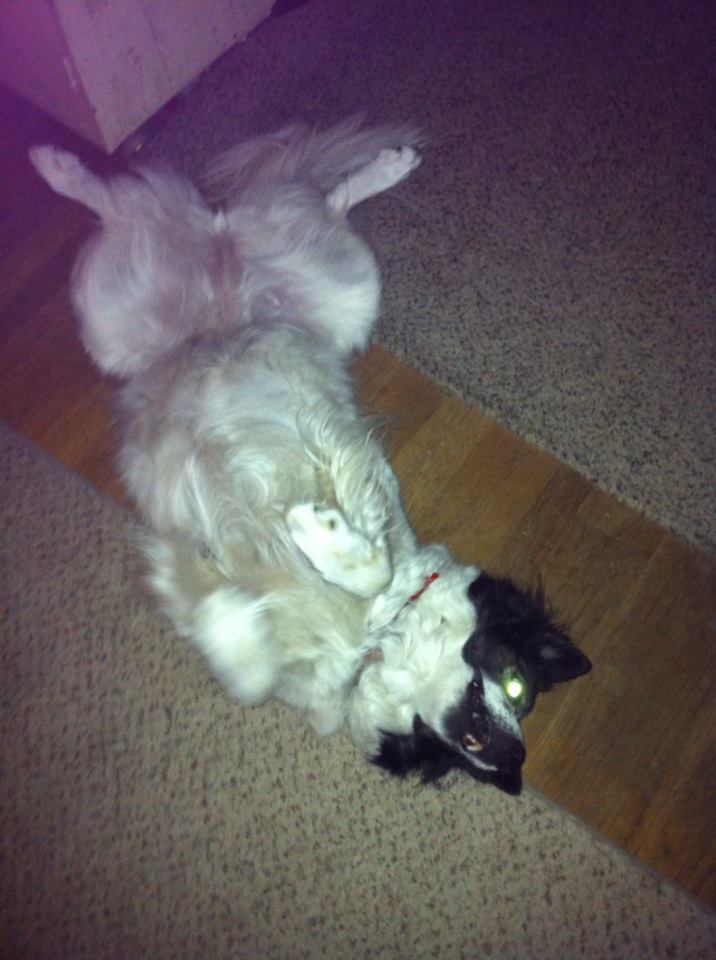 The video is Paisley on July 4th as the fireworks started. She’s relaxed. Getting her to this point took some time, so I thought I’d share what I did. This is something that can be done while sitting on your sofa, a few treats at your side, and any sound that is startling and offensive to your dog.

First, any time a dog is reactive, it usually starts with one sense. For fireworks it’s hearing. I was lucky that the neighbors were “practicing” for months before the holiday. I could see the flash in my windows before the bang happened, which allowed me to be able to reward calm before Paisley reacted. There is a breathe that happens before the bark, it’s that split second you have to reward calm right as the sound is fading.

After the sound has ended and the dog goes back to relaxing, reward calm. It is important not to try and correct the barking. After all, it’s a scary sound that sounds much louder and much harsher to dogs than it does to us. Yelling at the dog will just associate BOOM with getting yelled at, and we want the dog to relax, not get stressed.

We worked on this pattern every night for weeks. Flash > BOOM > “good girl!” > bark bark bark > dog relaxes > “good girl!”
It’s important to get the reinforcement (“good girl” or treat or toy,) before the barking and again just as the dog settles. After a few weeks the period of time between bark and calm became shorter. Another two weeks and Paisley didn’t get out of the “down” position to bark at the BOOM. A few weeks after that we were down to one bark and then eventually none.

What other sounds are your dogs reacting to?

Build A Helpful Memory For Your Dog

Training “back” with duration