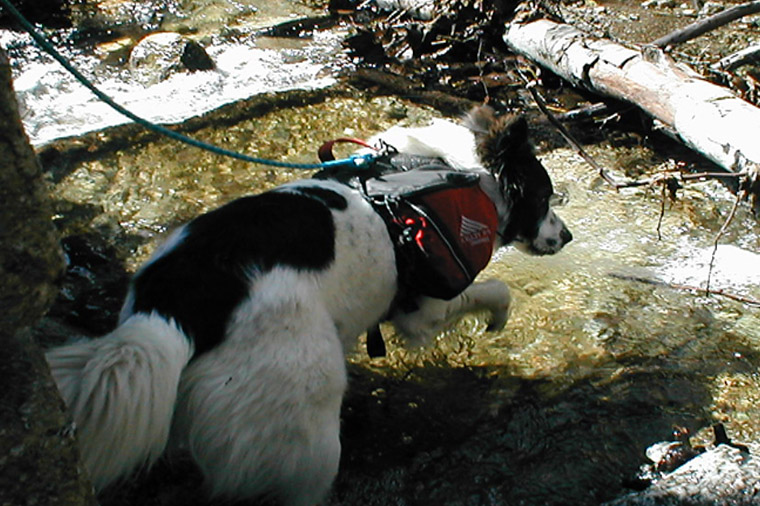 [schema type=”blog” title=”Safe Dog Walking: What to do if a dog is attacking” Written by “Kat Camplin, KPA-CTP” url=”http://rompingdogs.com/training/safe-dog-walking/” dateCreated= May 8, 2013 description=”Things you can do with any untrained dog, to try to avoid a dog fight while out on a walk.” city=”South Pasadena” state=”Ca” postalcode=”91030″ country=”US” email=”rompingdogs@gmail.com” phone=”(626) 386-3077″]

The topic of the week on blogs and Facebook groups seems to be what to do when you encounter off-leash dogs while out walking your dog. A friend of mine just went through this a week ago. She was walking her very small poodle mix and came upon a young man sitting on the sidewalk with two pit bulls. There were leashes attached to the two dogs, but it turns out the young man wasn’t holding onto them.

In this case, my friend wasn’t very concerned since she saw leashes, so she continued to approach. As they got closer and the pit bulls saw her, it became apparent this was going to be a problem. She attempted to pick up her dog to protect her, but her dog went into flight response and ran away. This really created the problem. The advancing dogs were already in prey drive and now the prey was running, which enhanced that drive. My friend’s dog was being pursued by two dogs and two humans (the young man went chasing after his pit bulls,) which increased the flight drive. The result was, my friend wasn’t able to get to her dog first, but at the same time as the advancing dogs. She protected her dog by diving on her, resulting in my friend being bit as well as her dog. Everyone is ok, there were only some slight scratches, abrasions and punctures since the young man reached his dogs about the same time my friend dove on her dog. But it could have been so much worse.

So, let’s look at things you can do with any untrained dog, meaning you haven’t trained or practiced any emergency behaviors.

Look for places to hide, either before or after the dog sees you and begins to advance. When I had 4 dogs advancing on my three, I threw my three in the bed of a pickup truck that happened to be in the driveway in front of the house I was next to. Other options are throwing your dog over a fence, in a garbage can, etc., hiding behind a hedge or really anything that can put a barrier between you and an advancing dog. If you walk a regular route make note of hiding places you can retreat to.

Carry a pop open umbrella or pepper spray (if it’s legal in your area.) The umbrella creates a barrier to hide behind, and is kind of spooky when it pops open. That may be enough to at least halt an advance while you back up to safety. People in my area seem to walk with walking sticks or baseball bats. While those can beat off an attacking dog, the dog will more than likely still attack. What you’re looking for is something to stop the dog before it gets to you. If you really want to carry something, you can try a broom or piece of hose with a nozzle on the end (point the nozzle at the dog.) You want something dogs may have experiences with that will make the stop and rethink their advance.

Disappear before the off-leash dog sees you. My off-leash dog radar is pretty high since I’ve had reactive dogs for years. I can spot an off-leash dog on the other side of a park and make note of which direction they’re traveling. Surveying your surroundings as you walk, (in front, back and to the side of you,) will help you avert a problem before it even becomes an issue. Note, that if you are going to sneak away from an off-leash dog, you really need to sneak. Running will only draw attention to you and may engage the prey drive of the off-leash dog.

Dump all your treats. If you carry treats on your walks (and you really should since your dog will do something good during the walk,) you can throw them ALL at the advancing dog. Make sure the dog is close enough to you to see the treats drop and make sure you don’t allow your dog to go after the treats.

Behaviors you can train.

You can actually train a “hide,” which is putting the dog behind you with their side against the back of your legs. You can do this while just standing around with your dog on a leash if the dog is next to you. Slowly (in baby steps) start turning and treat after each little move. Once you can put yourself in position with the dog behind you, you can start saying “hide” as you move and then treat the dog for staying.

Train a “come front,” meaning the dog moves in front of you and faces you. This prevents your dog from barking and engaging the oncoming dog and lets you see what’s going on while you move backwards. To teach this while out for a walk, stop and take a few steps back while calling your dog to you. Give them a treat as they turn and come towards you. You can keep the cue as your dog’s name or give it another cue like “front” or “here” or “oh crap,” since that may escape your lips if you see an advancing dog anyway.

The last thing to train is you. It’s incredibly difficult to remain calm when confronted with a potentially serious situation, but that calm is what you’ll need. Work on calm without your dog, go to dog parks and stand around the ruckus and just breathe. Take a walk by yourself and plan hiding places. If you have a plan you’ll have more control and will feel more comfortable. If you’re going to carry an umbrella or spray or a bat of some kind, take a walk and practice getting it out and using it. The worst thing you can do when confronted with an advancing dog is just stand there and let things happen. Planning and muscle memory are your friends, use them. 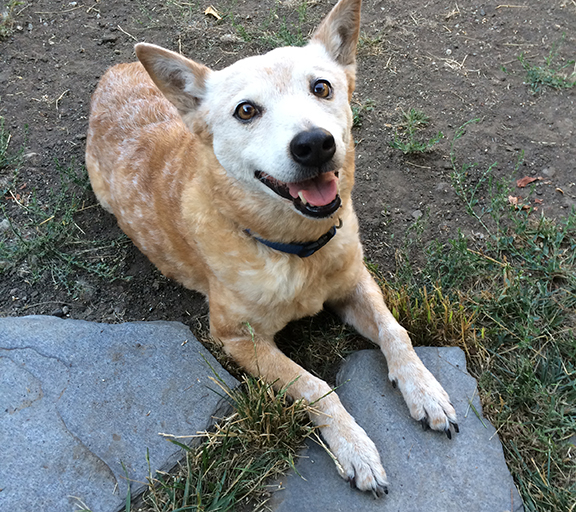 Training Dogs to Wash Their Feet 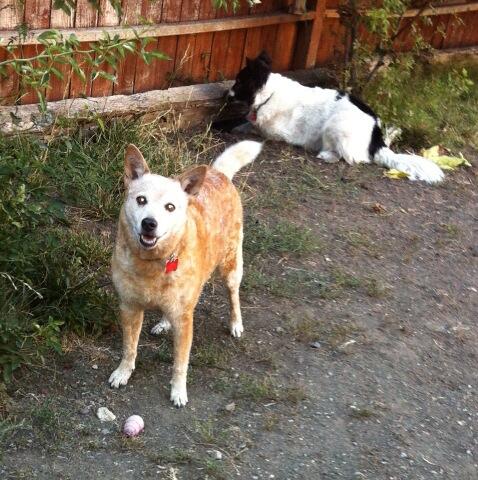 Build A Helpful Memory For Your Dog